Congratulations Sean Cutler for Election to the National Academy Of Inventors

UCR Published the Following Article by Jules Bernstein on December 8, 2022.

NAI fellowship is the highest professional distinction awarded to academic inventors. The Fellows Program highlights those inventors who have demonstrated a spirit of innovation in creating outstanding inventions that have made a tangible impact on the quality of life, economic development, and the welfare of society.

“One of the ways we fulfill our mission is with solutions that serve our community. Through their commitment to research and innovation, Professors Cutler and Wyman are working to solve some of our most pressing problems," said UCR Chancellor Kim Wilcox. "We are grateful for the work they do and excited for each to receive this honor.”

This year’s class of fellows will be inducted during a ceremony at the 12th Annual Meeting of the National Academy of Inventors on June 27, 2023 in Washington, D.C.

The complete list of NAI Fellows is available here. 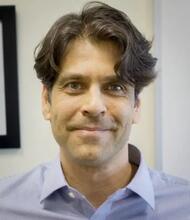 Cutler is a plant biologist whose research focuses on understanding and manipulating plant responses to drought. He has been recognized for his work on the hormone abscisic acid, or ABA, a molecule that is activated by, and helps plants cope with, drought stress.

His laboratory has developed synthetic versions of ABA to help growers mitigate the effects of drought on agriculture. The lab is also using synthetic biology approaches to reprogram plants so that desirable traits such as drought tolerance or flowering can be controlled with environmentally benign chemicals.

Born in Canada, Culter holds a Ph.D. in biological sciences from Stanford University, completed postdoctoral studies at the Scripps Research Institute, and was an assistant professor at the University of Toronto before coming to UCR in 2006.

He is a fellow of the American Association for the Advancement of Science, and a member of the National Academy of Sciences. He has also received multiple awards for his research, including the American Society of Plant Biologists’ Charles Albert Shull Award for outstanding contributions to plant biology. 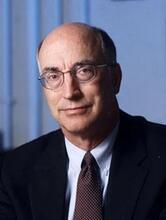 Wyman is a chemical engineer who has devoted most of his career to developing biofuels, advancing the biological conversion of cellulosic biomass into ethanol and other products. Cellulosic biomass is any organic matter available on a renewable or recurring basis, including trees, wood, wood waste, plants, grasses, and even municipal waste materials.

Wyman’s research focus is on the pretreatment of biomass, using enzymes to break down the biomass, and ultimately the dehydration of the biomass to produce products that are ready for conversion to fuels and chemicals.

He is the Ford Motor Company Chair in environmental engineering, having joined UCR in 2005. Previously he was the Paul E. and Joan H. Queneau Distinguished Professor in Environmental Engineering Design at the Thayer School of Engineering at Dartmouth College.

After obtaining his MA and PhD in chemical engineering from Princeton University and an MBA from the University of Denver, he served as director of the Biotechnology Center for Fuels and Chemicals at the National Renewable Energy Laboratory in Golden, Colorado, directed NREL’s Alternative Fuels Division and managed its Biotechnology Research Branch.

Recently, Wyman founded Vertimass LLC, a company devoted to commercialization of novel catalytic technology for simple one-step conversion of ethanol to fungible gasoline, diesel, and jet fuel blend stocks. He is also cofounder and former chief development officer and chair of the scientific advisory board for Mascoma Corporation, a startup focused on biomass conversion to ethanol and other products.

He has contributed over 180 publications, 40 chapters contributed and volumes edited, over 250 presentations many of which were invited, about 25 technical reports, and 21 patents.

The original article can be found here.

Share This
More News
Let us help you with your search